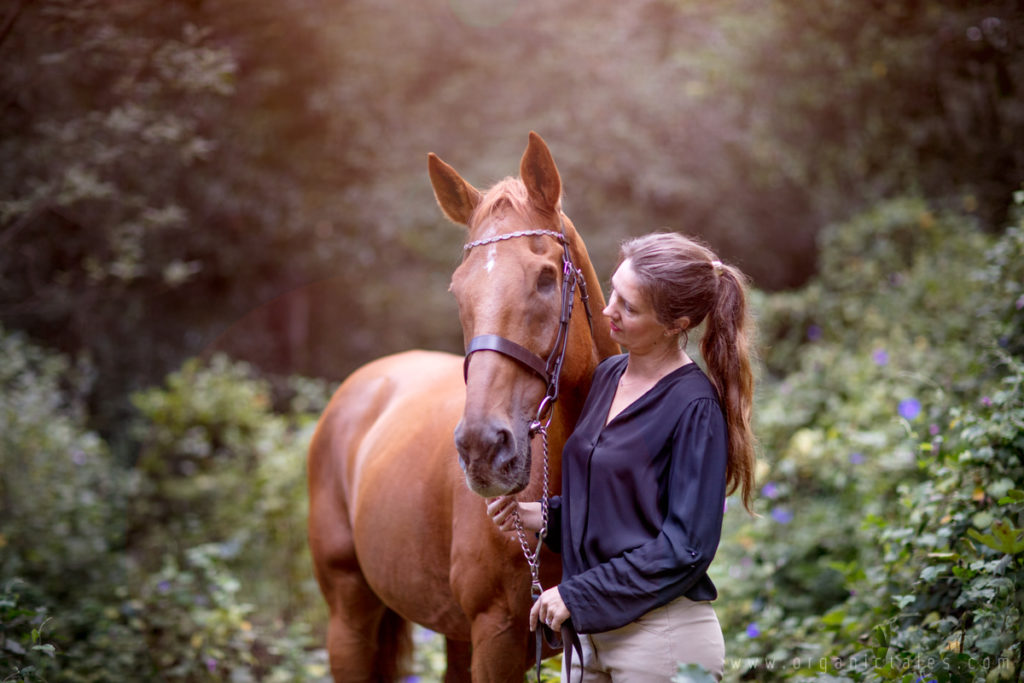 How this one-eyed horse became a therapist

I started riding in Sweden as a child. I never had my own pony or horse, though. I stopped riding at 20 when I went to university, and only picked it up again in South Africa when I was way over 30. Bazzy, who I bought in 2013 after leasing for a couple of years, is the first and only horse I’ve owned. When I bought him, he was in his teens already and a level-headed, easygoing horse—just what I wanted to get me back into the swing of things.
We’ve had our ups and downs. He’s been hospitalised three times since I bought him. Twice for a persistent sinus infection—he ended up having three teeth taken out and holes drilled in his face. The scars are still visible. Then last Christmas he suffered an eye injury and subsequent infection, and his eye needed to be taken out. He has recovered remarkably well, despite getting on a bit (he’s turning 20 in September) and I’m already back to competing my ‘pirate pony’. 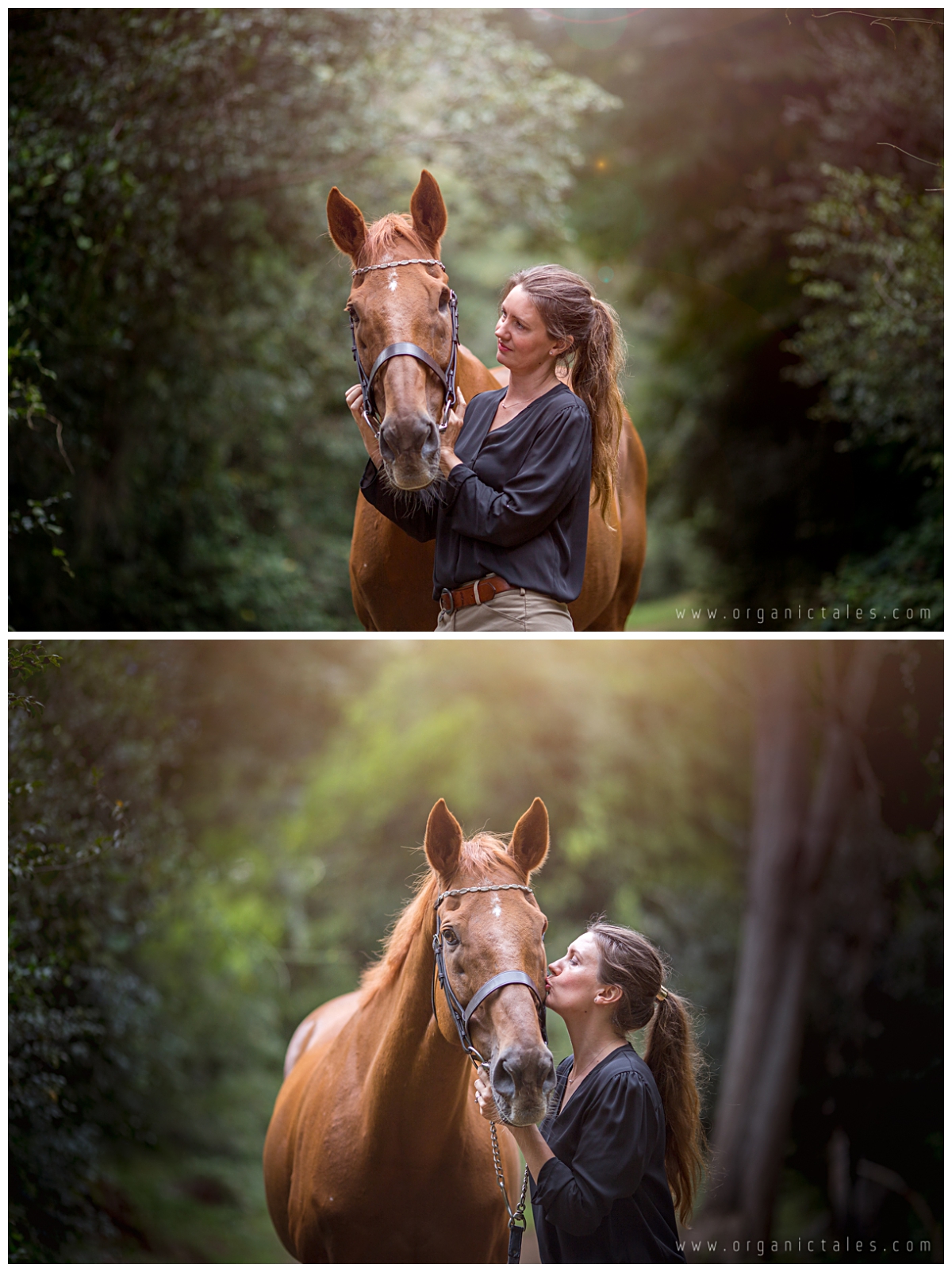 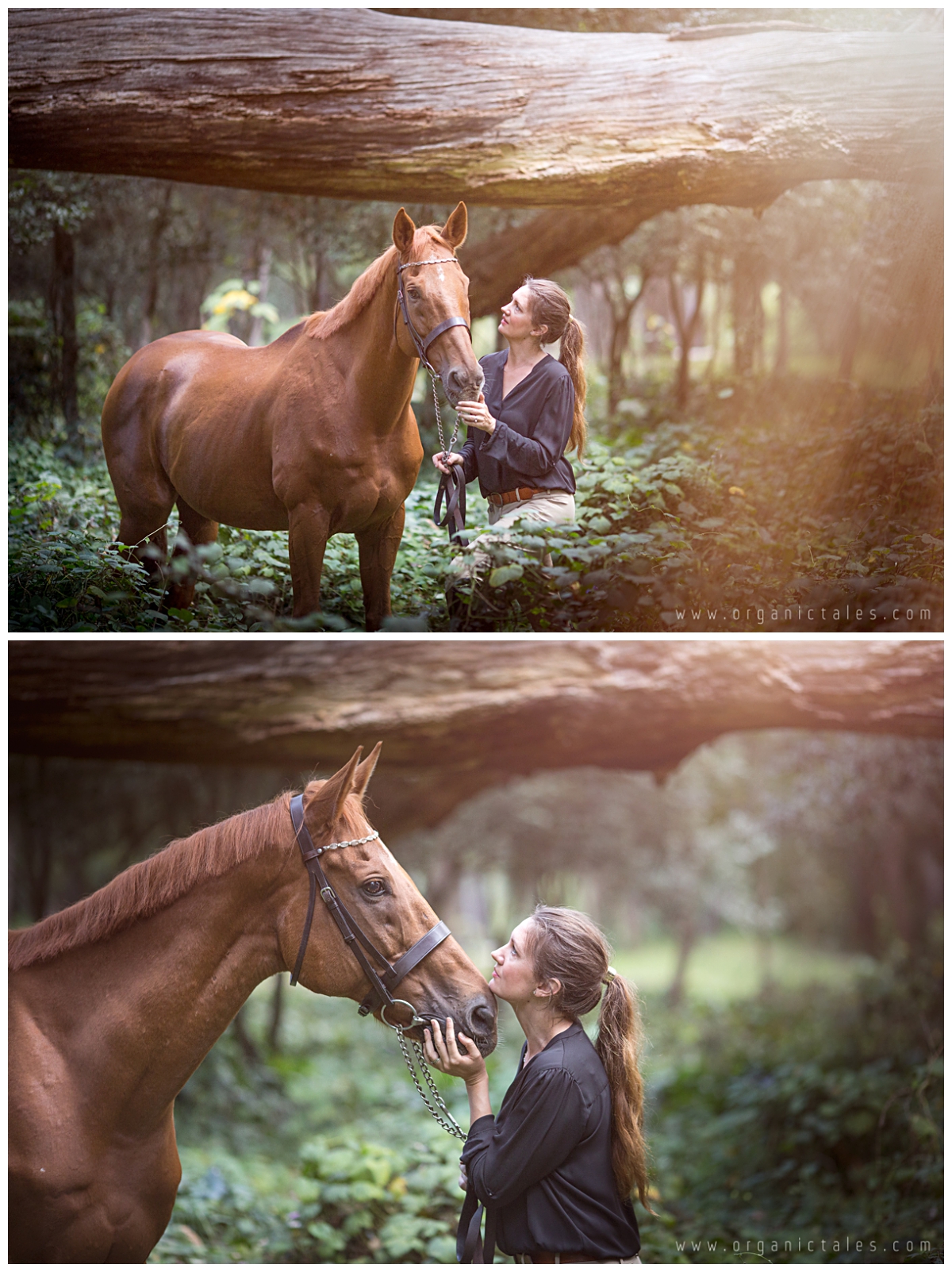 Bazzy is my therapist, my gym, my child and my valued employee. He costs a bomb but then I don’t have to spend money on therapy, a gym card, or school fees… It’s a bargain, if you think about it.

I try to ride five days a week. Bazzy is getting on a bit and it’s important for him to keep moving, or he can get stiff. Just like me! I have a flexible job that allows me to ride during the day (I’m a journalist and I work from home). I’ve also chosen to limit my workload so that I earn a bit less but have more free time to spend with my horse. 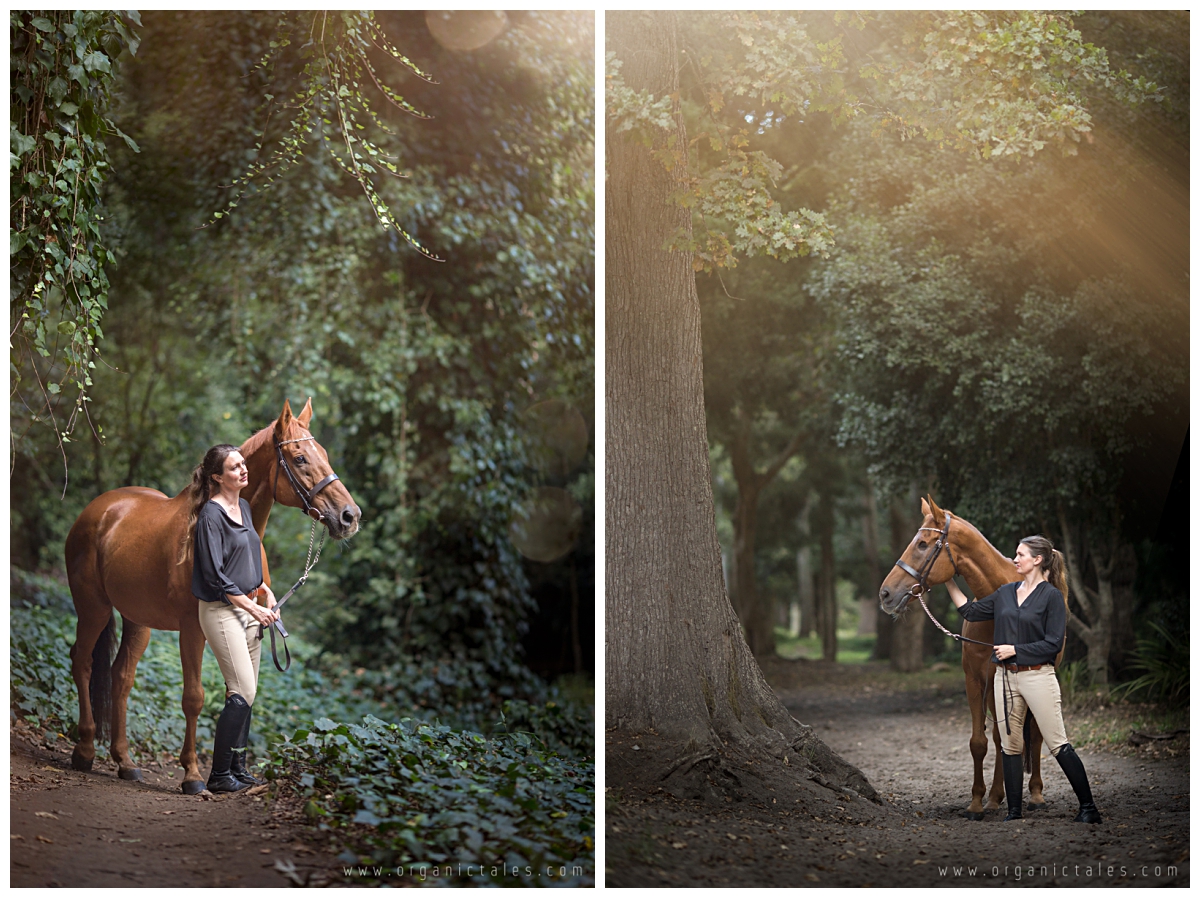 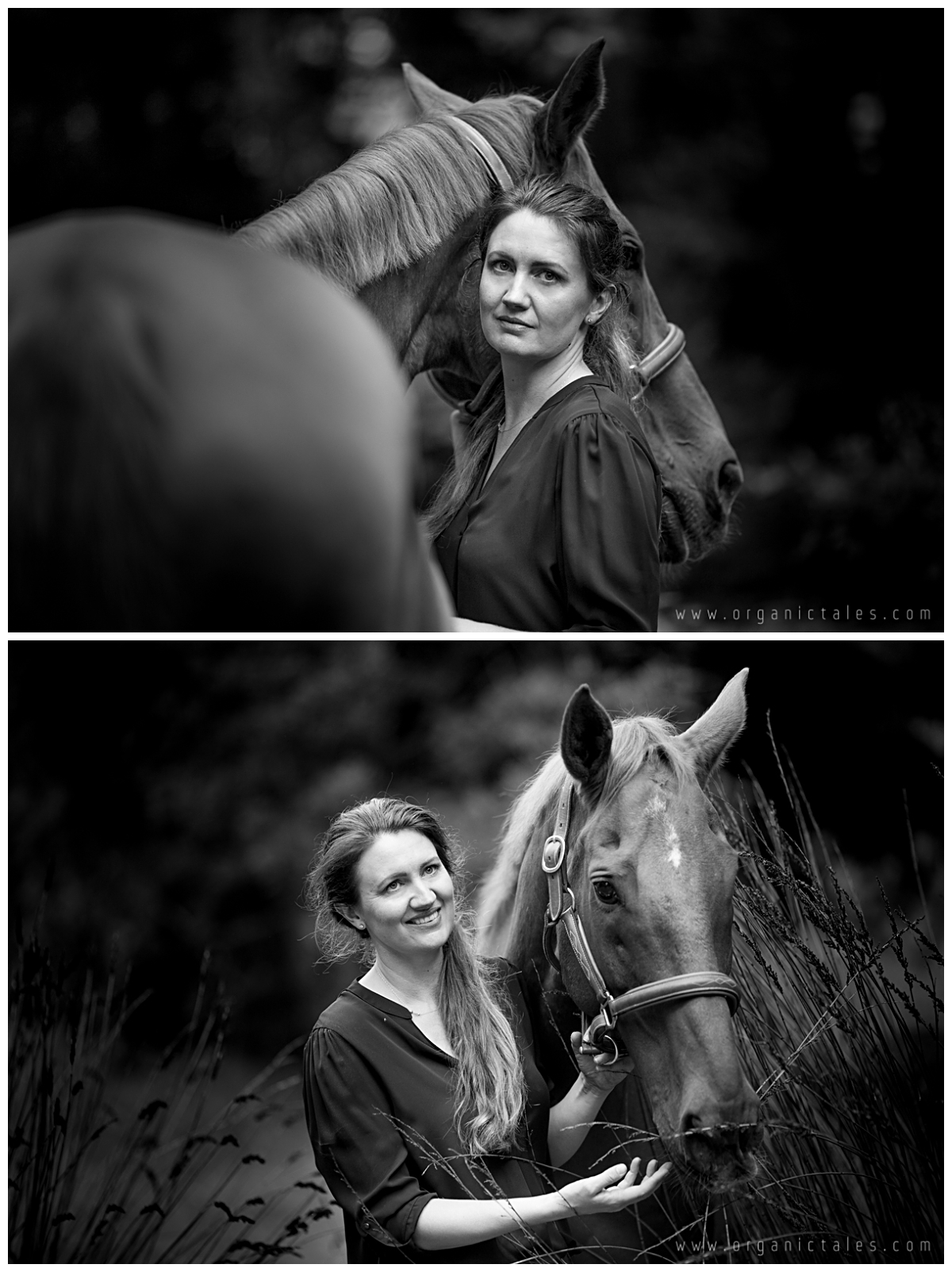 What kind of riding do you compete in?

We showjump in the lower grades. I’ve done the odd dressage show. We used to compete in showing—working hunter classes—but we can’t do that anymore since he’s lost an eye. He’s not exactly ‘true to type’ anymore.

What have horses taught you?

To be in the moment. I have a very cerebral job, and I constantly worry about deadlines, editors, having too much work, or too little. But when I go to the stables I forget about everything except what is in the moment, because that’s the only way you can communicate with horses so they understand. When I get back in my car, it’s as if I’ve spent a couple of hours in a different world. That’s incredibly special. 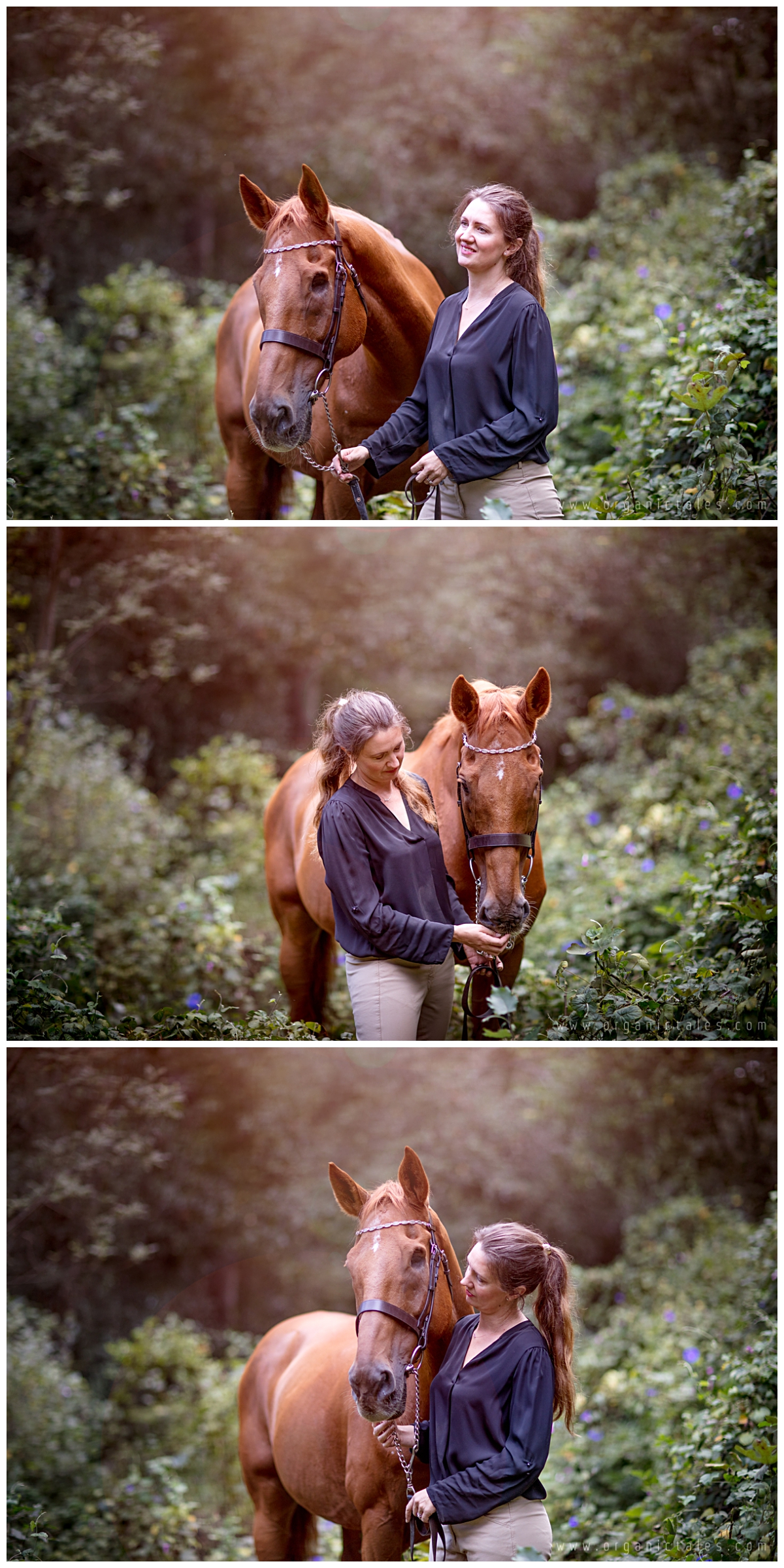 What made you decide to do a photo session with your horse?

I’ve wanted to do one for a while, but then he lost his eye and I was reminded that nothing lasts forever. I didn’t want to try to recapture the past, but to capture the now—scars, wrinkles and all. 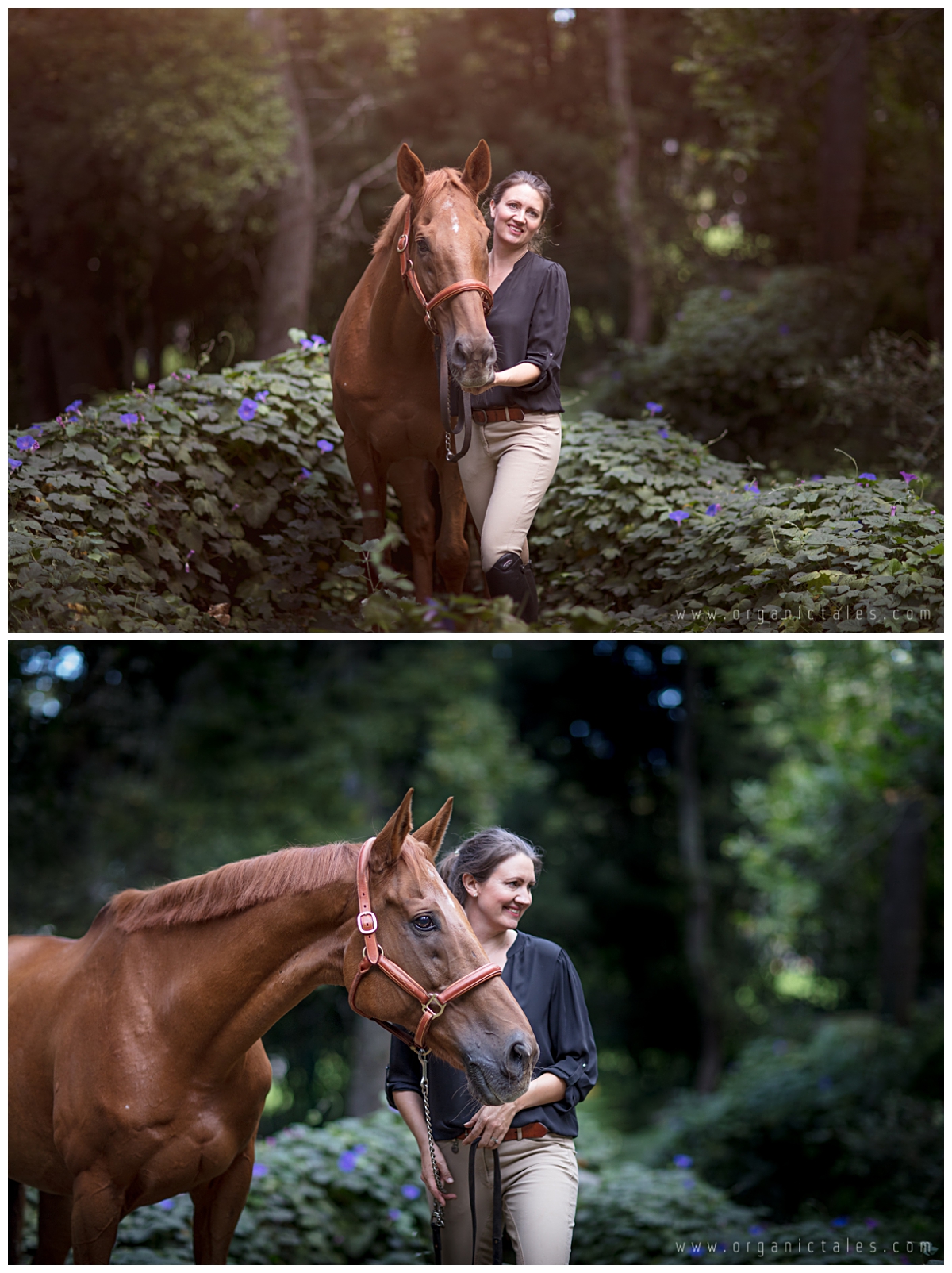 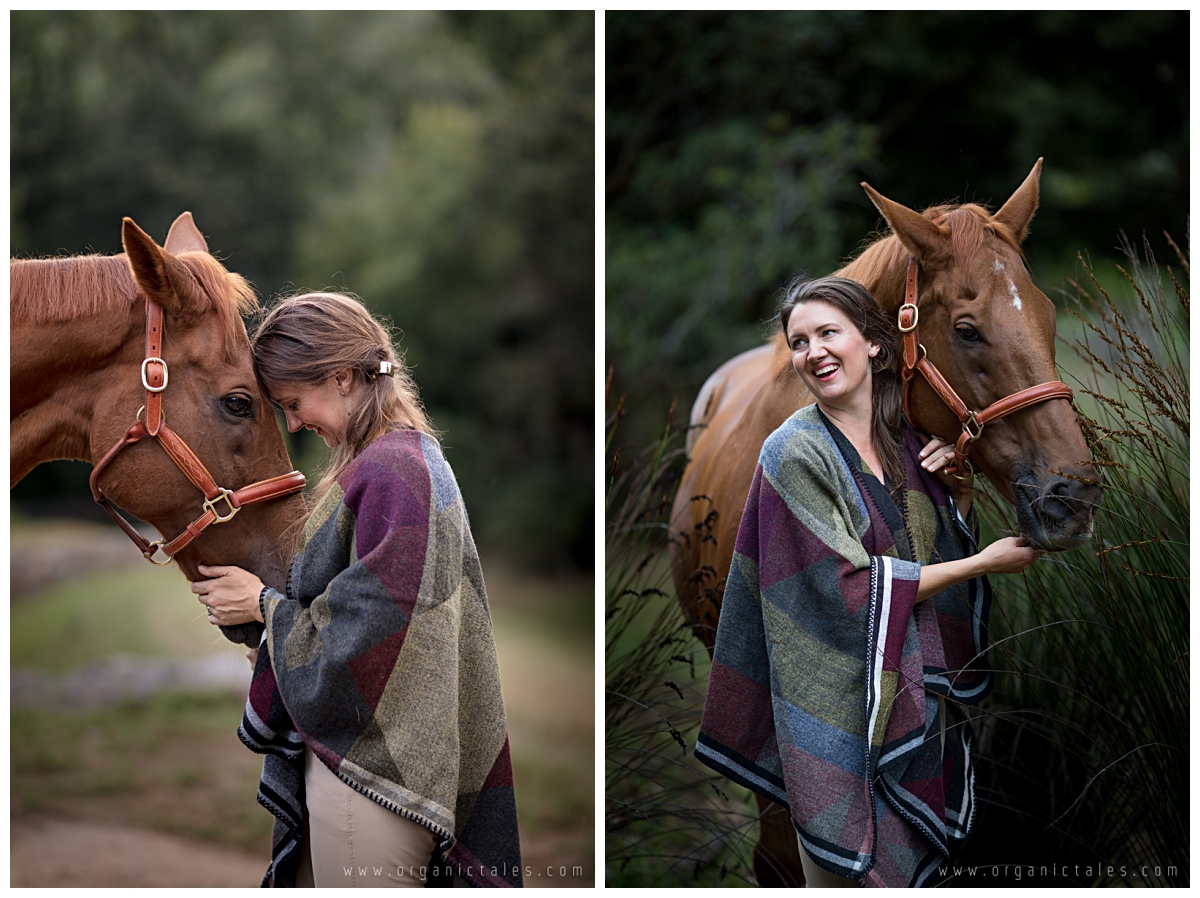 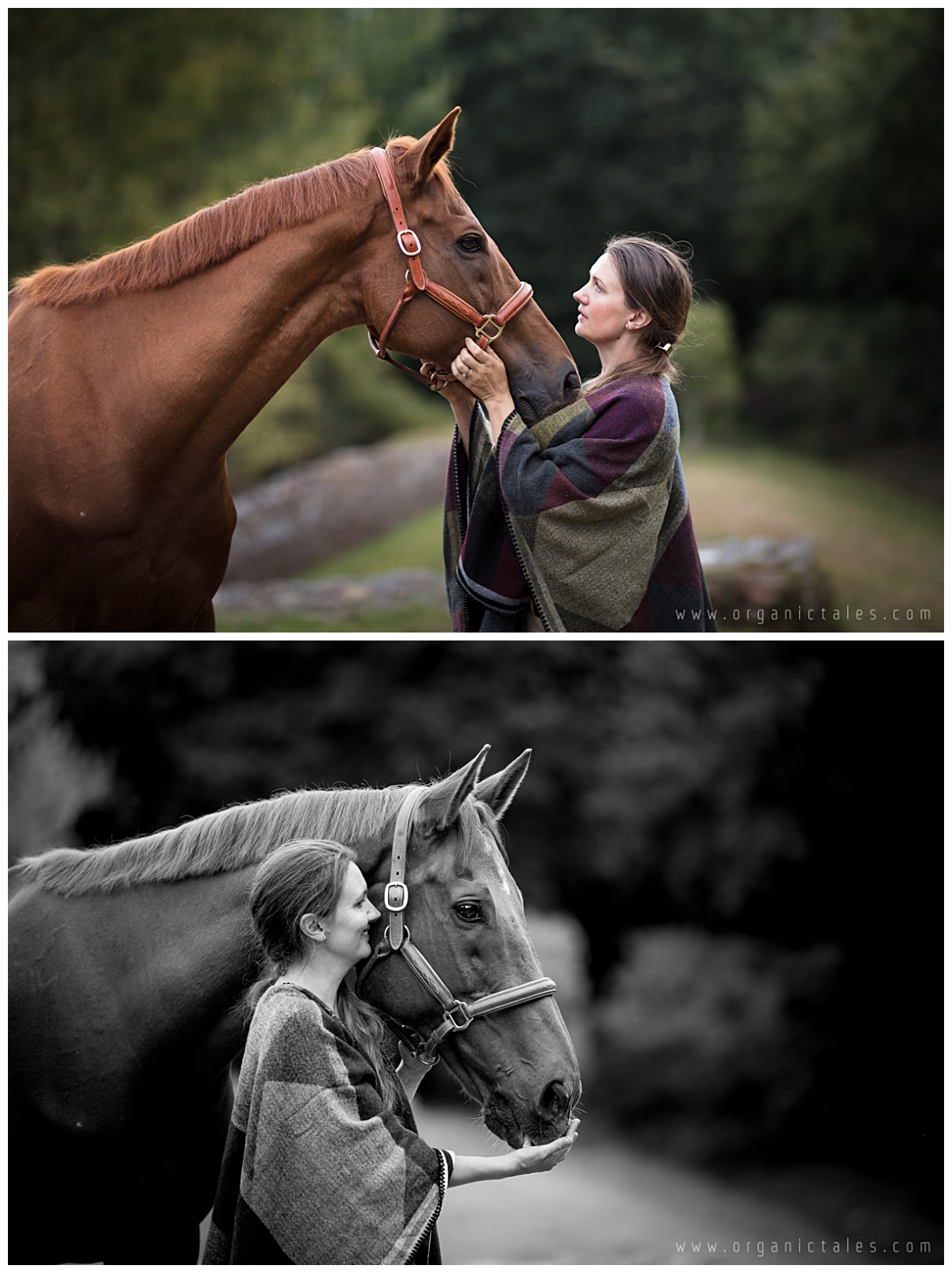 Book your session by clicking here 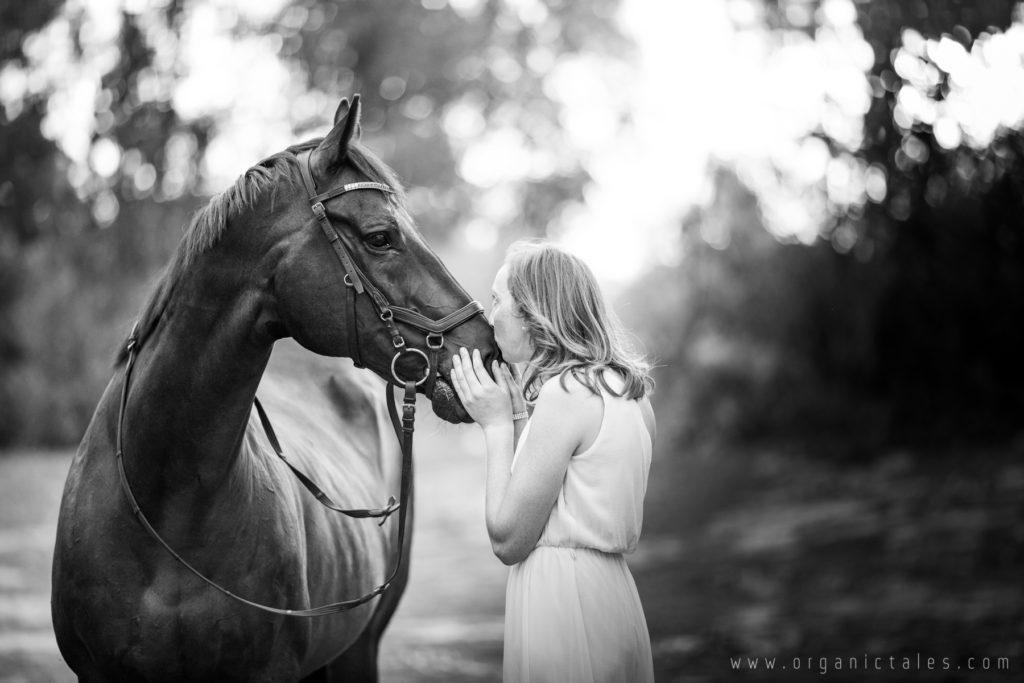 The Beauty in the Beast

The Beauty in the Beast.

A while ago I published a blog post that depicted my journey in to becoming a photographer.  This journey kick started with my childhood love for horses and the adventures and companionship they brought me. If you haven’t read it, you can do so by clicking HERE.
Claire and I have been connected with each other via social media for around 12 years because of our shared love for horses.  We even share a birthday! Therefore I was quite excited and honoured when she asked me to do a shoot with her and her horse, Olympic City aka BEAST.
Here follows their story:

A Childhood Dream Becoming a Lifestyle

I started riding at the age of about 11 or 12 years old.  It was something I always wanted to do and my mom surprised me by booking me on a pony camp.
Horses are basically my lifestyle now.  Living on our own property means you have a constant responsibility, and your priorities have to adapt.  Riding was my one “happy place” getting through the terrible teens, and I’ve met most of my closest friends through horse riding.  They also taught me dedication, perseverance, humility but also confidence in myself.
Their role is also for me to learn as much as possible.  My intention is to compete my horses and I always have a desire to keep learning, keep growing and always achieving the “next level.” 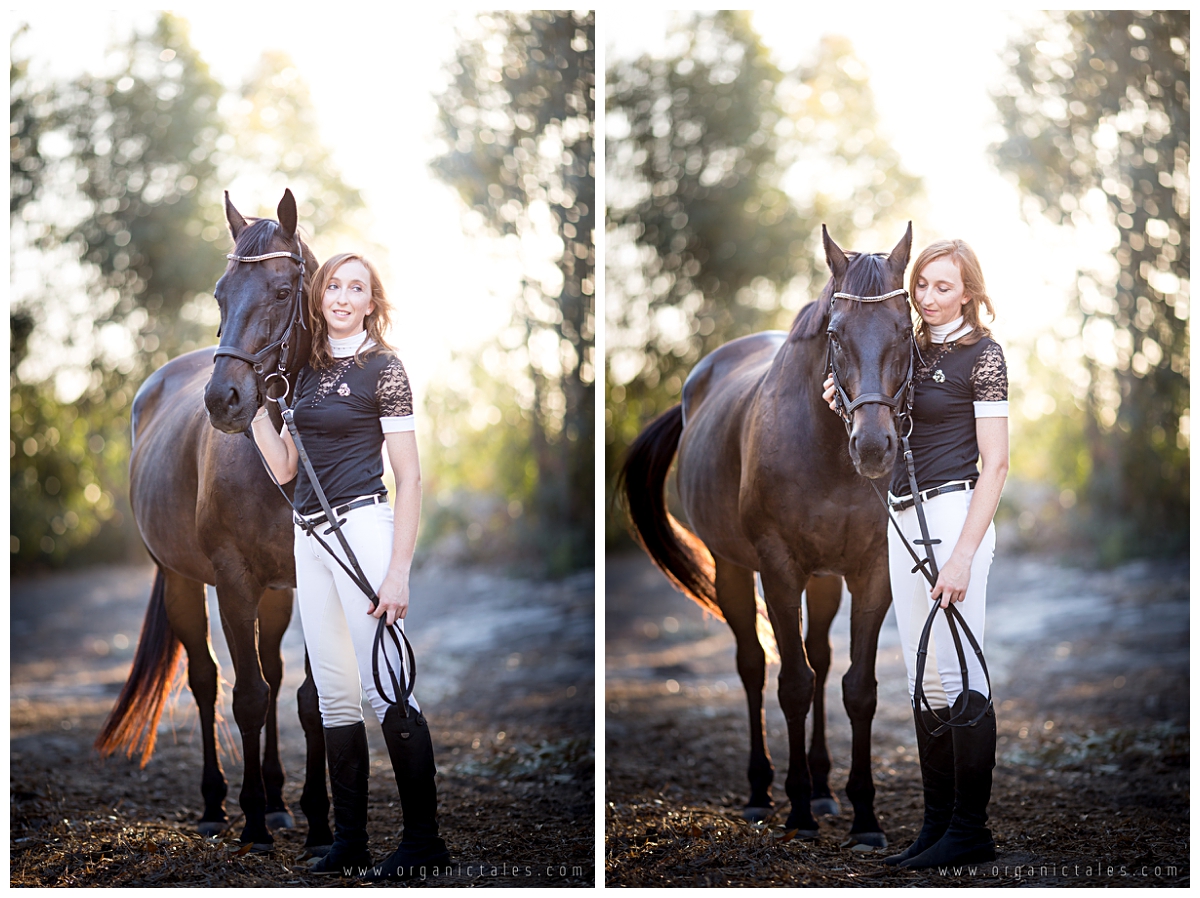 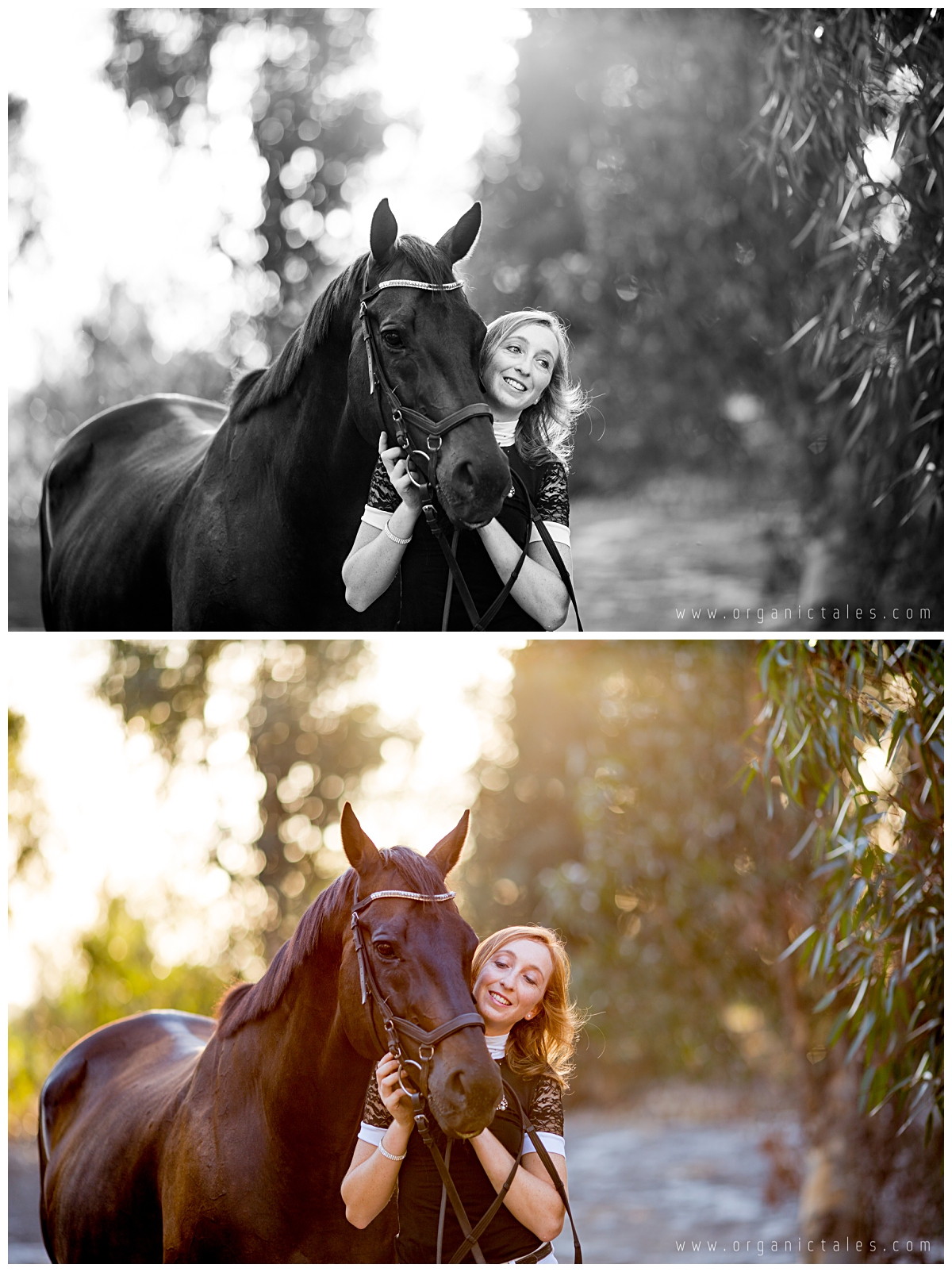 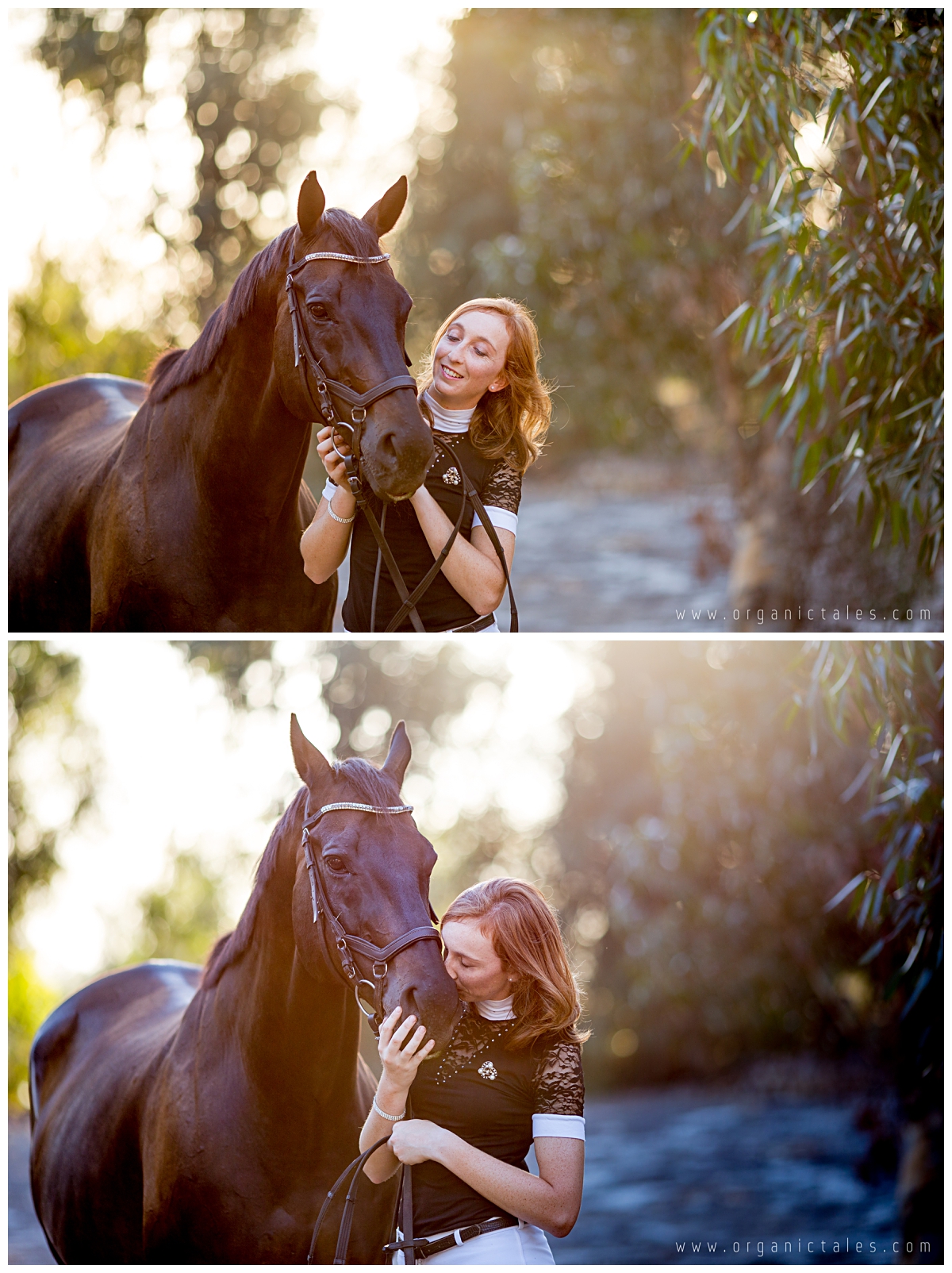 A full time passion and responsibility:

I ride on average 6 days a week.  Usually 2-3 horses exercised a day (ridden or lunged) but this varies depending on whether I’ve got injured horses or adhoc riding work. I have regular clients and offer adhoc exercising for some extra income to afford my lessons.
Sometimes if I don’t have a day off during the week, it can become difficult to coordinate them all in a day sometimes.  I exercise 2-3 before work in summer or 2 after work.
In winter it’s a lot more difficult so I’d ride 1 in the morning, 2 in the evening and increase the numbers on weekends.  I do work a full time job and I teach for the riding school half day on Saturdays. 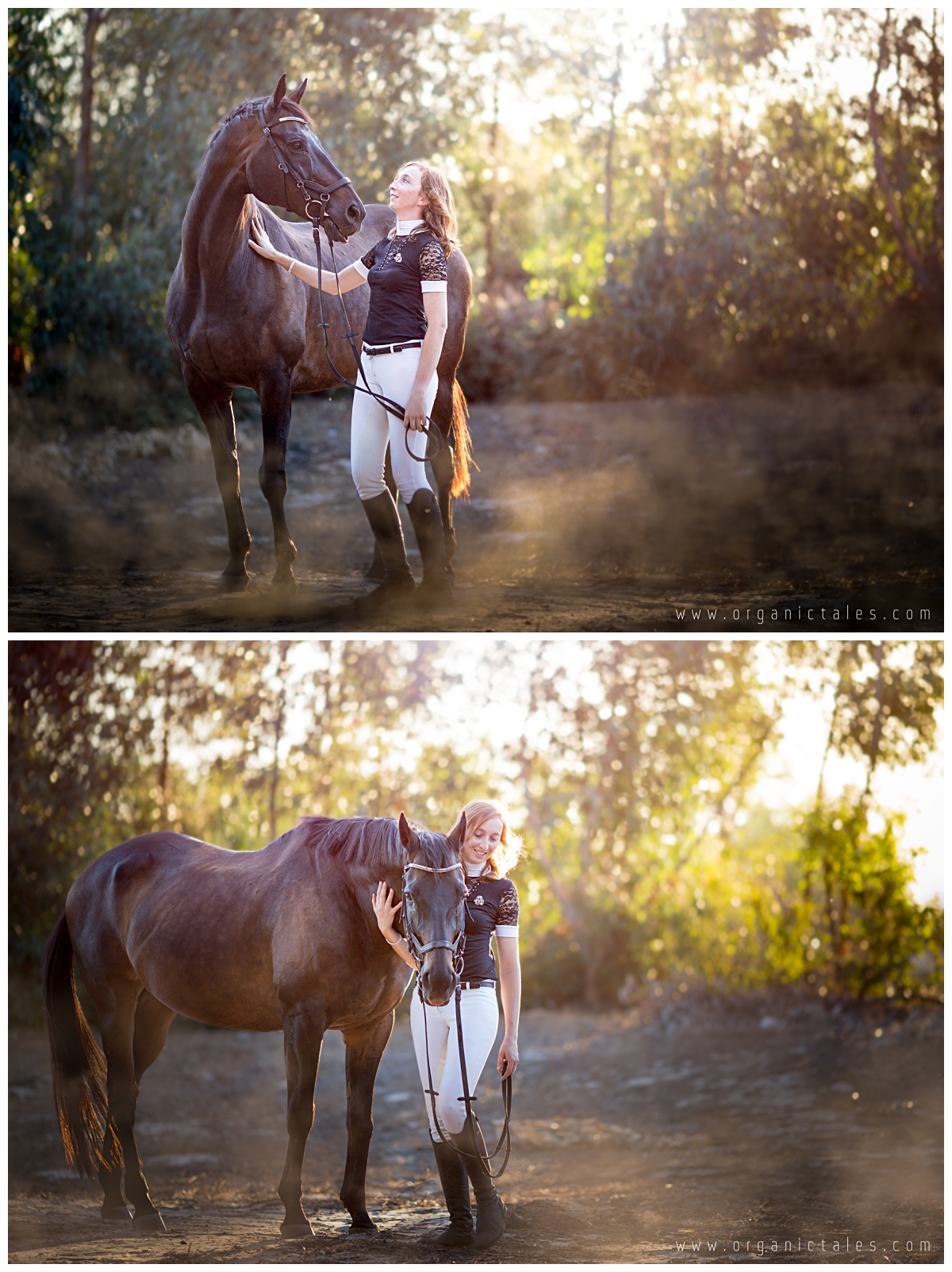 I started out show jumping but it just wasn’t Beast’s thing, so we started dressage.  Once I started understanding dressage and feeling the difference it made in Beast, I couldn’t get enough.  I’ve dabbled a bit in eventing and loved it, but I’m now most ambitious in dressage and just play in other disciplines.

Inspiration behind a photo session:

I’ve wanted to do a photo shoot with Beast for years and have been putting it off because of costs.  Beast is my first horse I’ve owned solely and we’ve been together almost 12 years.  It was a real roller coaster of a time learning on him as he was actually way too much horse for me and I was way too much of a novice to know this.  But we managed to accomplish and fail at enough things to get as far as we did by doing Elementary dressage when I had only ever dreamed of Making Elementary level with him.
Last year his age kicked in a lot and sooner than I expected.  Instead of just retiring him from competition we made the decision to retire him to just hacking.  I was devastated even though my gut feel knew it was coming.  I knew it was now or never for a photo shoot as he started dropping muscle quickly and I wanted to remember him healthy and strong. 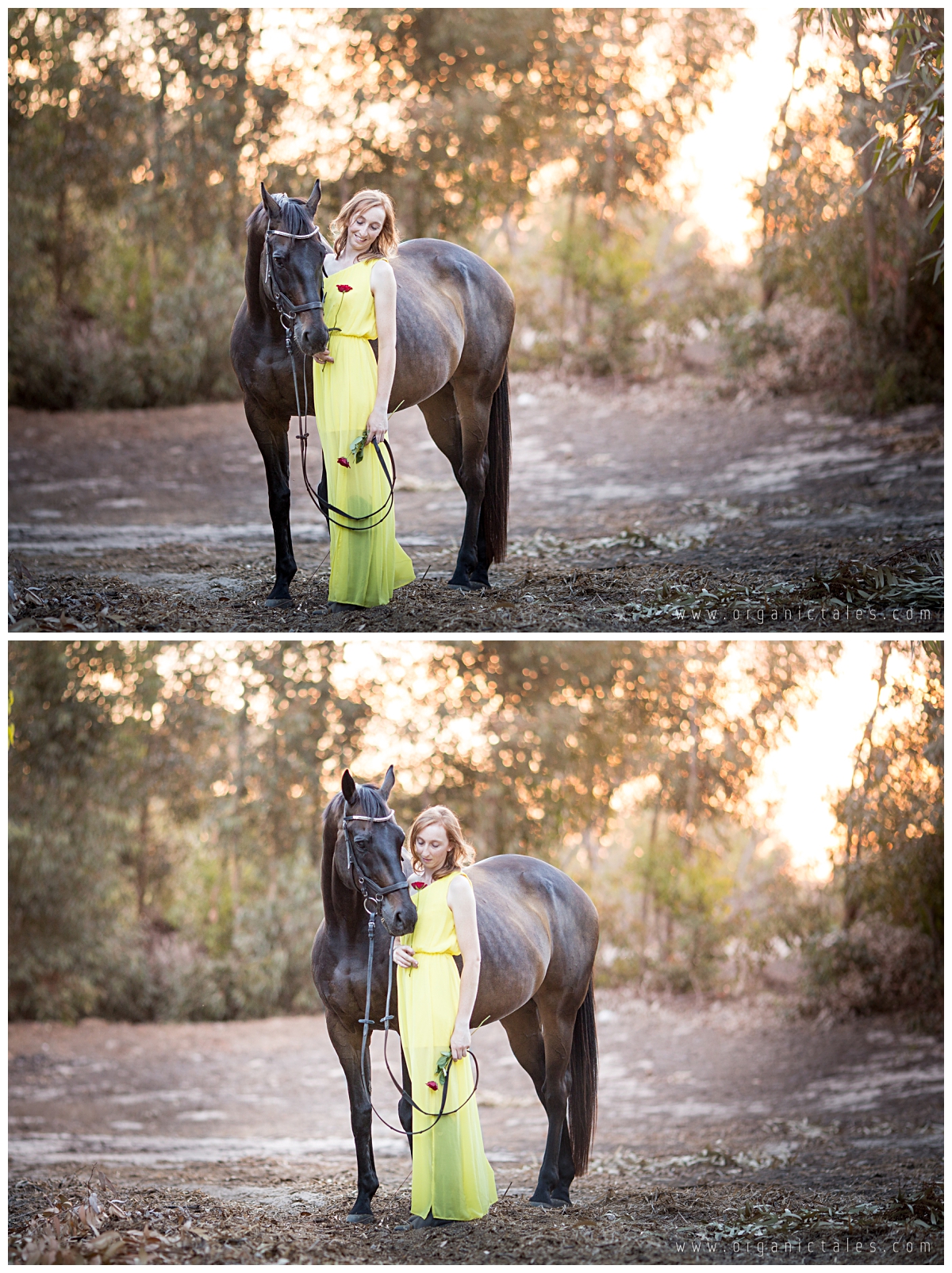 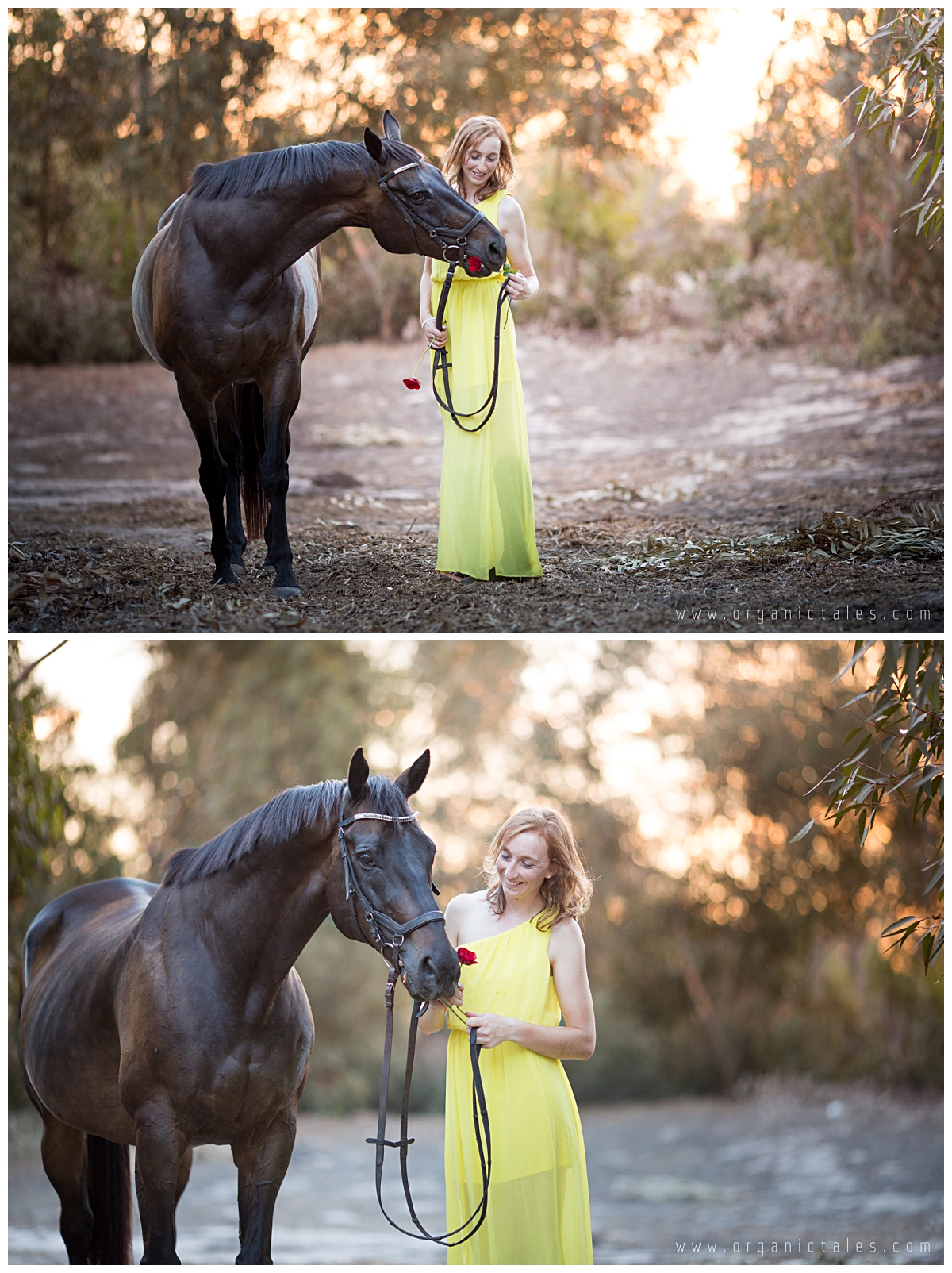 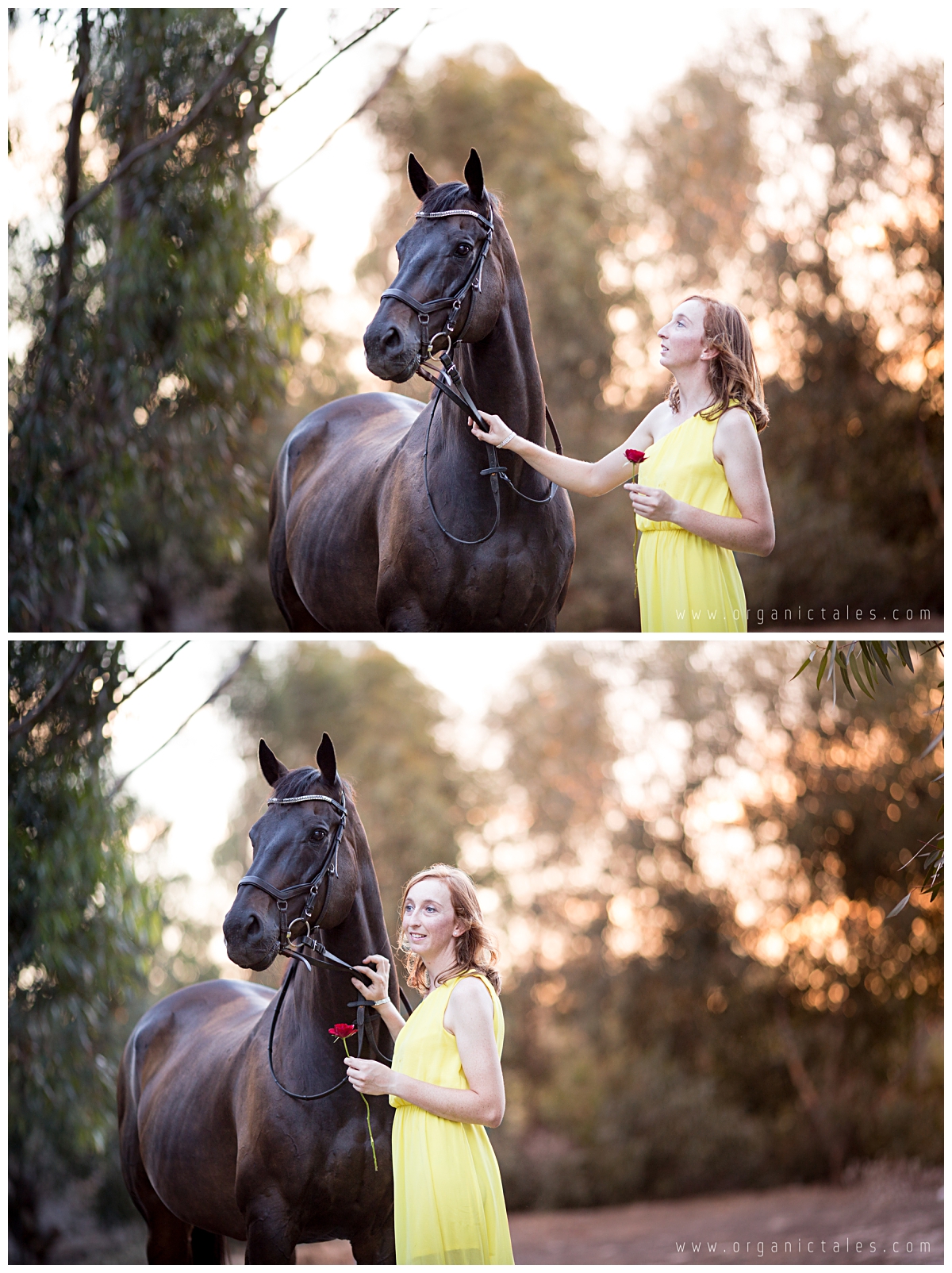 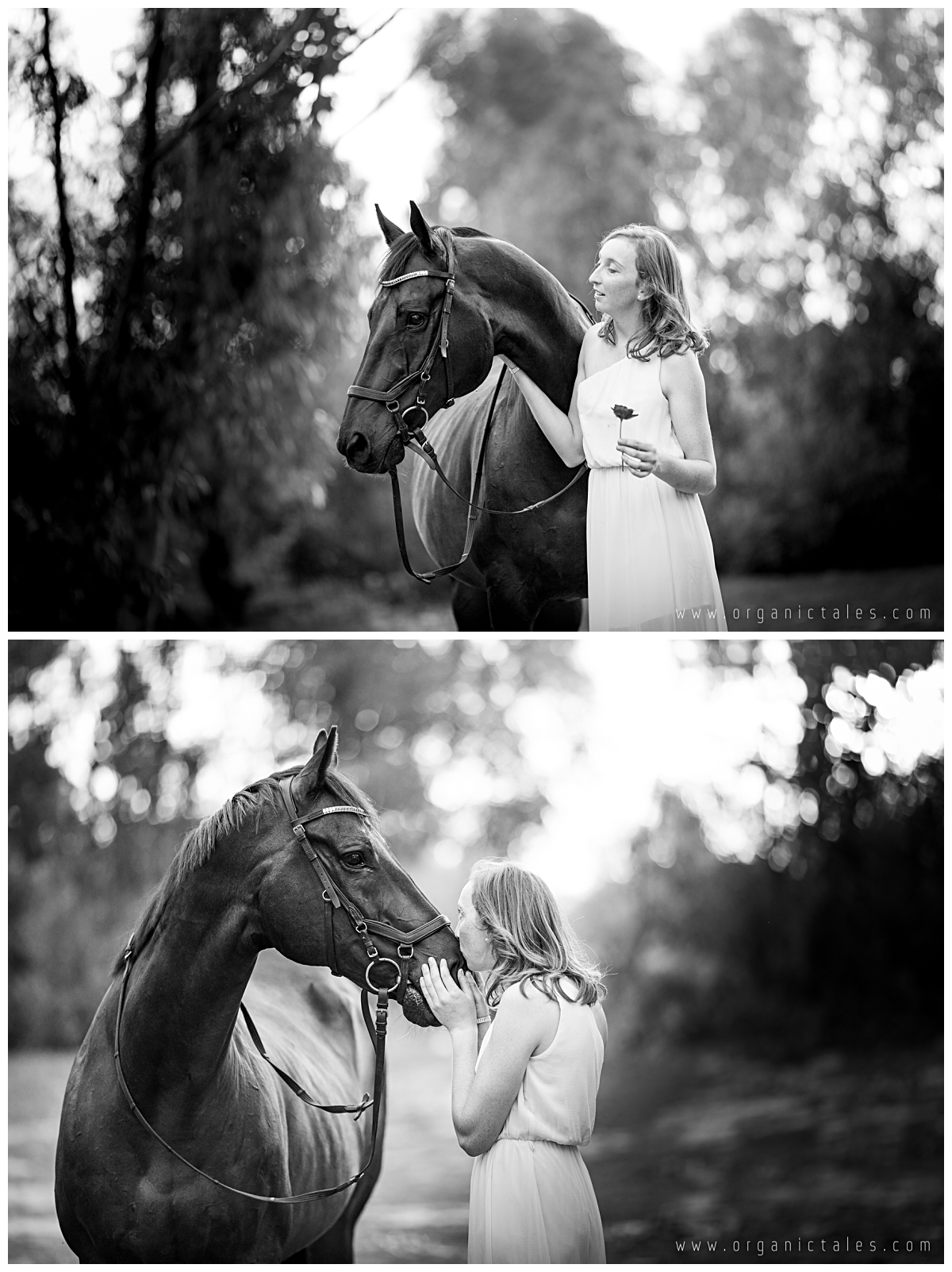 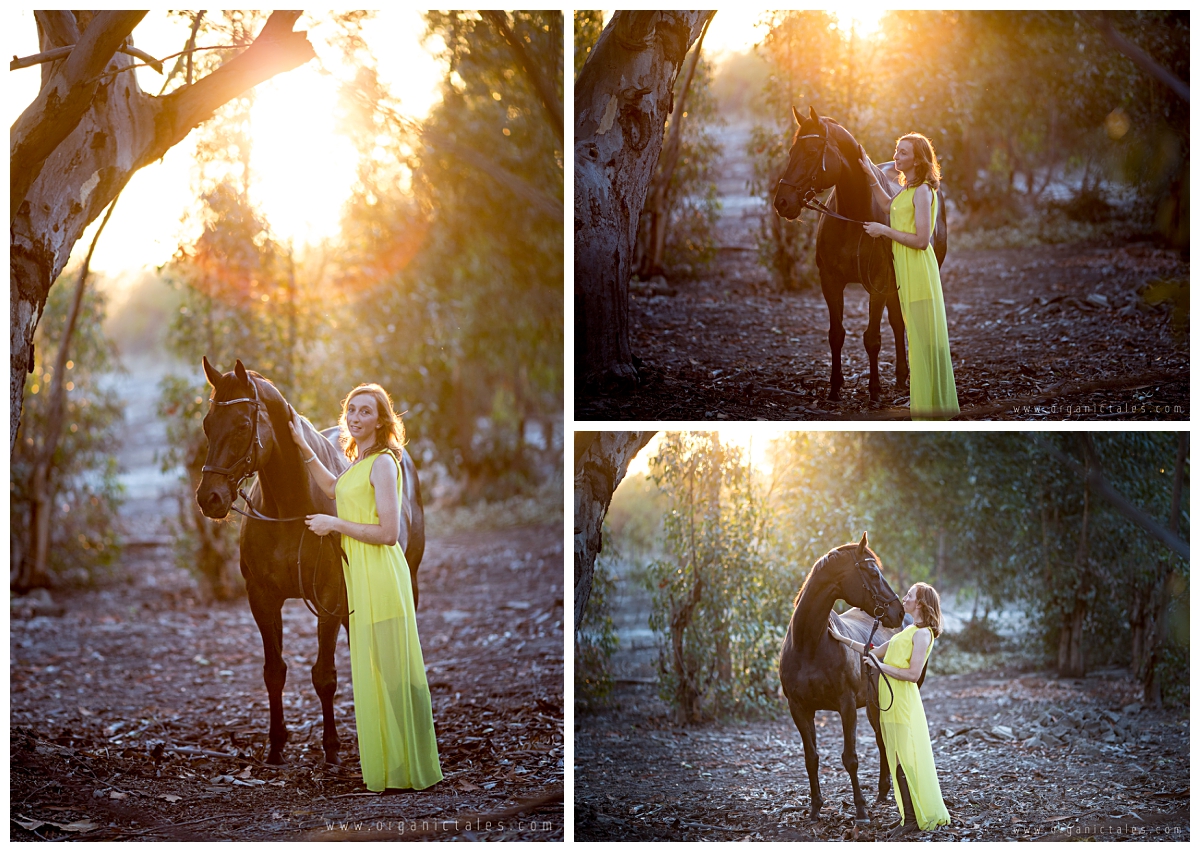 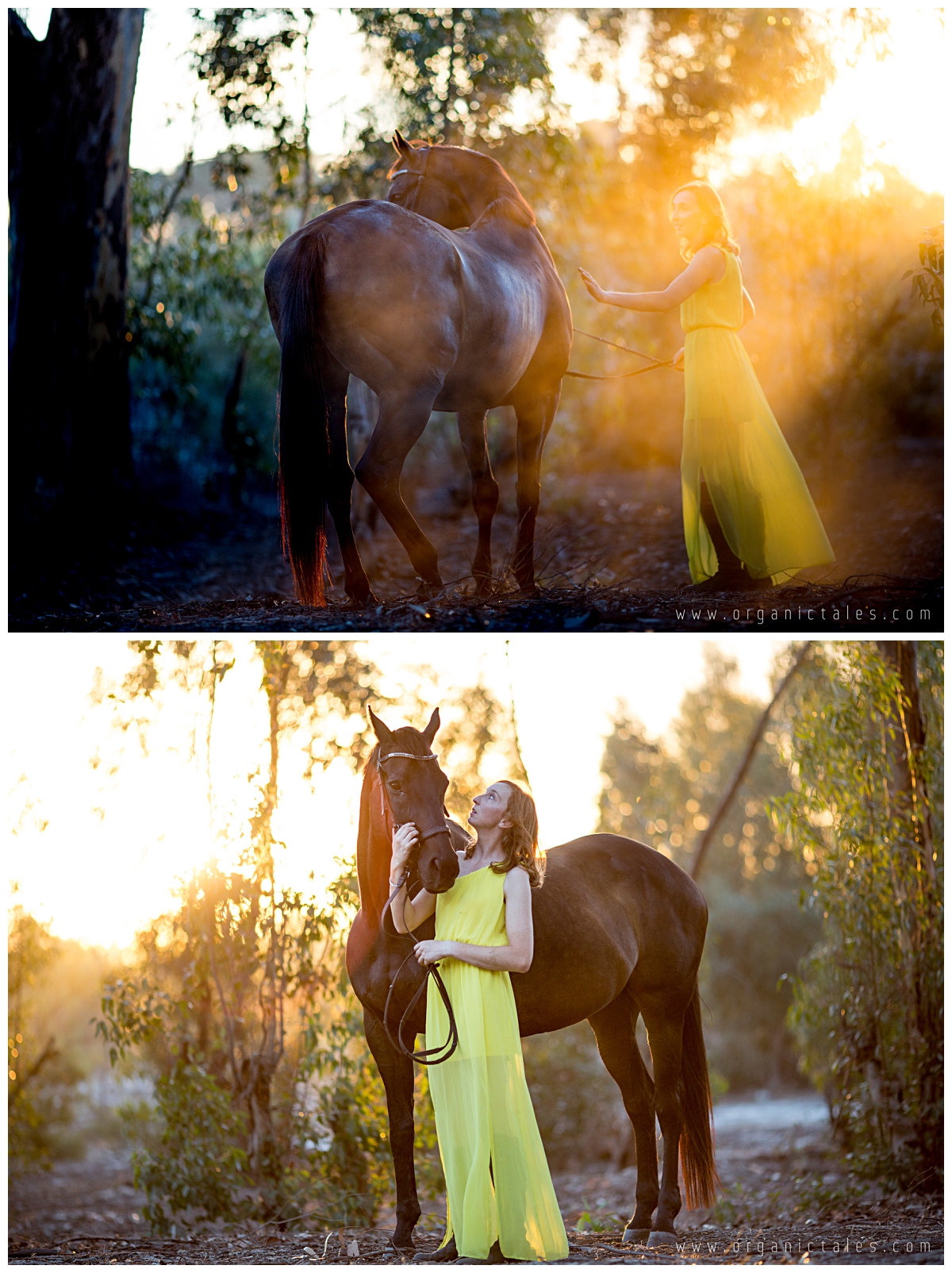